At the end of last decade, Star Wars: The Rise of Skywalker was released in our cinemas. Critics have been harsh, and to be honest, I haven't seen it. I've heard in the film, Rey has her showdown with Kylo Ren, and Finn and Poe lead the Resistance to stop the new Empire from forming. 2019 was a bit of a shocker for me also. Why? It felt like my son was leading his own "resistance" against sleeping.

I'm getting dinner and bubble tea with some friends. We are all mothers, so the conversation revolved around our children. And more importantly, our sleep.

I took a careful bite of my salty spiced chicken.

"Yeah! He goes down at night and then sleeps right through till seven in the morning."

I blogged previously about 2017 being the year of the night terror. Since he’s turned three, he, (and we as parents), have been getting a fantastic amount of sleep, I cannot complain. It seemed too good to be true. I didn't want to jinx it.

Unfortunately it wasn't meant to last. Shortly after that conversation, he turned four and the waking returned. He would grunt and scream out in the night saying he was scared of the dark, calling for Mummy. Sometimes, I would take him back to his bed four times a night.

I get it, Mummy is comforting. Mummy makes things better. But this was not long-term sustainable.

The nights are a big blur, as I try to recall the timeline, but at some stage, I figured out he was mostly sleepwalking, (or sleep screaming/talking).

How would I know?

One - sometimes his eyes are closed.

Two - he technically would not remember much from the night at all.

And three - his conversations wouldn't make complete sense. One time he kept calling out in a cat-like manner for me. I went to check on him and asked: "Are you ok?" He then replied in a whimsical tone, "You...can do...whatever...you like." So, I poked him, to test the waters. Minutes later he was wide awake and asking what was happening in his usual perky tone. Another night, I screamed in fright at the figure coasting into our room at an inhuman speed. I immediately turned on the lights and he halted in a confused state, wondering how he'd gotten there.

Solution? Put a mattress on the floor permanently next to our bed with blankets. He would walk (or run)

right on in and resettle himself next to us. Sometimes, I could gently coerce him to lie down using a calming monotonous tone of my voice. Worst case scenario, he needed an extra special touch. He’d say “Foot...on...back? Foot...on...back?” slightly muffled. So, I’d dangle my foot outside our bed and rest my toes on his back to comfort him. You get creative when you just want to be able to lie down and get as much zzz's as you can.

I can count on my 10 fingers the number of nights last year that my son has stayed in his bed and slept peacefully. Not entirely winning on the sleeping factor, but I figure, rather than beat myself up, I’m just going to do what helps him feel secure (whether he’s asleep or awake,) as well as allow myself to sleep as much as I can. And yes, even if it meant (dare I say it), allowing him to hop into our bed. SHOCK HORROR. Let's be honest, parenting and dealing with your child's sleep can be freaking hard. It's just no-one talks about it.

Key takeaway: You don’t have to have the perfect child who sleeps through the night in their own bed. Give yourself a break.

I wondered if his sleep was a reflection of what was going on that growing brain of his, much like what happened during the Wonder Weeks and developmental leaps. He did seem quite emotional at times, pent up in rage frustrated at not being able to do something, or stomping off to his room and slamming the door in my face. Then he’d hit the other end of the spectrum, breaking down in tears while munching on his dinner just because his "Goong Goong" (maternal grandfather) had departed overseas without him. He would break down in tears throughout the day, repeatedly saying “I’ll never be happy ever again”. You have to giggle…just a little bit at the sight of a hugely emotional kid, smashing down some food. Not too dissimilar to adults when bawling their eyes out.

Got a tip from a friend (Thanks Bonnie), at age four, boys will get a huge boost of testosterone. This explains the absolute train wreck of emotions. The sudden surges of activeness, and the need to fight and wrestle with me all day. He also has been super clingy in wanting to do EVERYTHING together.

SO. I have had to be a little creative in managing these emotions/clinginess/ and energy spurts. 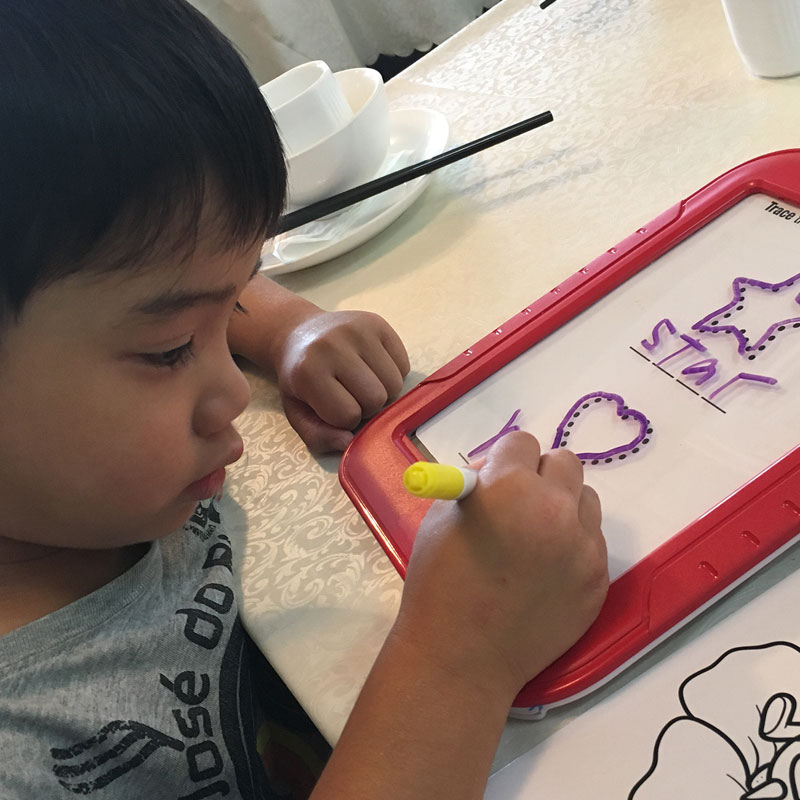 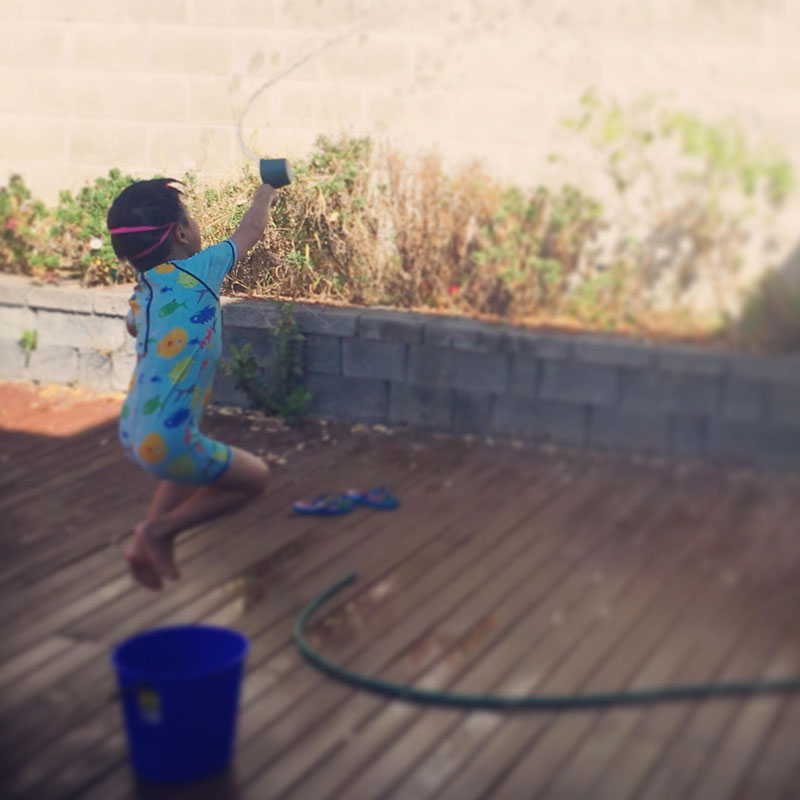 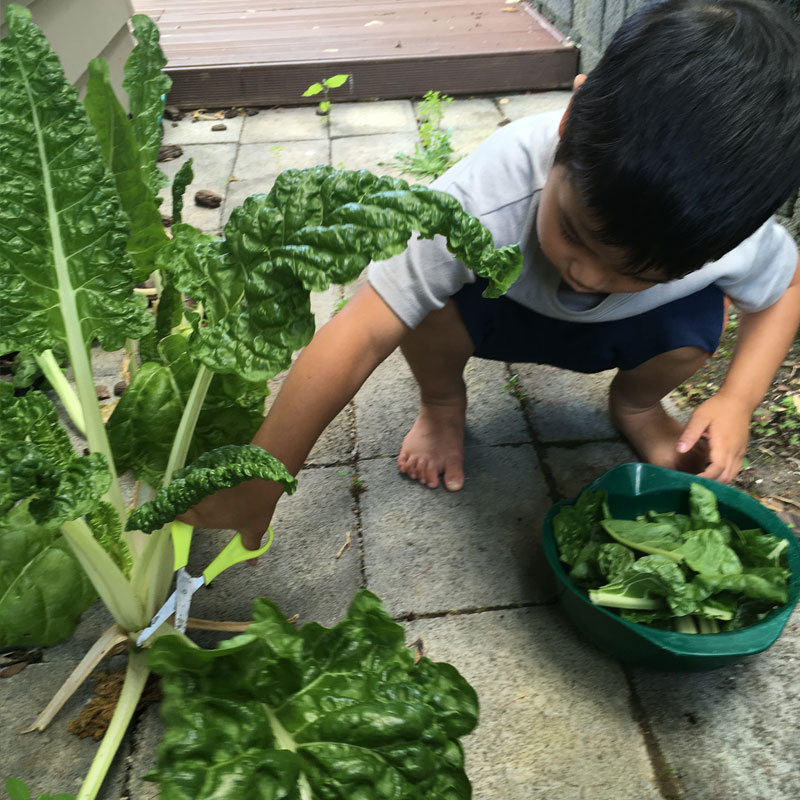 Now we are in 2020 and he seems to have grown in development. I am in absolute awe.

He tells me he wants to be a builder when he grows up. At kindy, he uses a hot glue gun to stick pieces of wood and milk bottle lids together, along with popsicle sticks. He is so hungry to create his “beautiful creations.” Oh yea, he also wants to be a fireman so he can help to go put out the fires in Australia.

Not only am I excited about his practical skills of wanting to build and contribute to the world, but I'm also excited about his character. Even after I lose the plot and yell at him, we find a way to come back together and hug through the tears. After I’ve asked for his forgiveness, he says “I forgive you Mummy. There’s nothing you can do to make me stop loving you.” It hits you right in the heart to hear phrases you’ve said to your kids, mirrored right back at you.

And with that, I sign off another chapter of our lives. I have to admit, since drafting this blog up, sleepwalking did stop, but has since returned. And I'll either carry him back to his bed...but sometimes just grab the mattress.

Have patience, focus on the long game... and may the force be with you.

“Truly wonderful, the mind of a child is.” Yoda.

If you are needing some encouragement as a parent, feel free to join our Facebook parenting support group. I created this after writing my blog about my postnatal depression and seeing the need for community for those parents who are struggling with anxiety or feel they can't get out of their house. Sending love to all the sleep-deprived mummies and daddies. You can do it.

Kids Forever: The light in isolation